I am a salestrainer, speaker and salescoach, working both in Sweden (I live in Göteborg on the West Coast) and internationally.
Through all my books, my sales schools on the net, articles and motivating others by blogging and by twitter, I spread the message that ”selling is human” and we all do it every day, all the time. For over thirty years I have been acting as a motivator and hands-on trainer för people who are very shy or confused in the sale situation. Creating results, working smarter and having fun to boot is my mission as well as expanding my client´s comfort zone and profitability. My customers testify to succeeding with this!
You will find all kinds of companies, organizations, universities, entrepreneurial projects, incubators and individuals among my customers. I love you all. 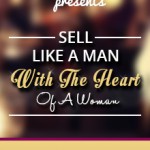 I would especially like to hear from you who listened to the fabulous Karen Pattock and her series of interviews with many amazing entrepreneurs and heard us share our experiences. My gift to you is that you can write – or call me for half an hour – and put your own special questions to me about selling and how to make it more fun and profitable!

After many successful years as an international fashion top model, I began my formal education at the University in Lund, Sweden, studying law.

After graduating with an LL.M. (jur kand), I worked for ten years in one of the biggest management consulting companies in Sweden. There I discovered the power of communication and selling: when you can sell your ideas, products, services, you can achieve anything you want. I also developed my creative streak and a talent and love for entrepreneurial projects and their practical implementation. Among the companies I ran was ISL Publishing House and GHT Media house. Since then, I have always been ready to start and develop new companies and projects and coach those in need of down-to-earth advice. I´m proud of my customer´s quotes about an enthusiastic approach, true knowledge and an ability to empower those around me.

At the beginning of the nineties, I was recruited as Information and Coordination Director at one of the largest law firms in Sweden, Advokatfriman Vinge KB. After a few years, in 1994, I left to found (among others) one of the first internet and web development companies in Sweden, Republic, www.republic.se

Since then, I have been working as a sales trainer and coach both in Sweden and internationally, travelling all over as a public speaker, an author of books, articles and columns. Some of my time is devoted to working as a sales coach at different Entrepreneurial Programs in schools and universities and to coaching at several incubators of entrepreneurial projects.
My clients range from small start-ups to major corporations and state departments.

2009 – 2013, I was one of nine Swedish Ambassadors in the EU for Women´s Entrepreneurship, chosen by Tillväxtverket in Sweden and the European Commission, a true honor for someone who always worked to empower those who seek support.

So far, I have published six books: ”Bli Din Egen – en bok för företagsamma”, (“On Your Own – a Book For Industrious People”), 2001, Schibstedts Förlag (formerly Svenska Förlaget. My bestseller ”Sälj Dig Själv och Ta Betalt” (How To Sell Yourself and Make Them Pay”) won the prize as Salesbook of the Year 2005 in Sweden. In September 2009 a new and updated version  was published by Liber Förlag. In 2007, I was directly commissioned by Börsens Förlag in Denmark to write, ”Saet Pris På Dig Selv”, (Put a Prize On Yourself”) a book that was the start of Börsen´s new Success Book series for Micro Companies. The latest bestseller is “Luspank och idérik – överlevnadsguide för säljskygga kulturskapare” with Thomas Östberg, (Dirt poor and full of ideas – survival guide for freelancers and artists), Liber Förlag. The book was nominated marketing book of the year 2010 in Sweden. In 2014, ”22 sätt att sälja bättre” (22 ways to sell more), Liber Förlag, was published and is a new sales success. (The books are not published in English – yet!)

My favorite project of the heart.

An enthusiastic world traveller, gardener, book lover and also able to enjoy the solitude in a kayak in the lazy summers at the Swedish west coast or white ski slopes under a blue sky, my life is rich.
Therefore my heart wants to reach out and I spend time and effort to support the Hungerproject. It has the best idea in the world – to exterminate hunger through entrepreneurship and the motto “Vision – Commitment – Action” in Africa, India and Bangladesh among others.